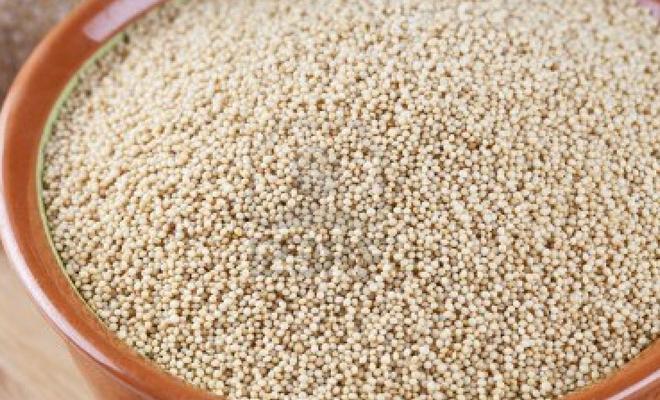 Small and dense in texture, amaranth has a nutty, earthy flavor that makes a delicious morning porridge. 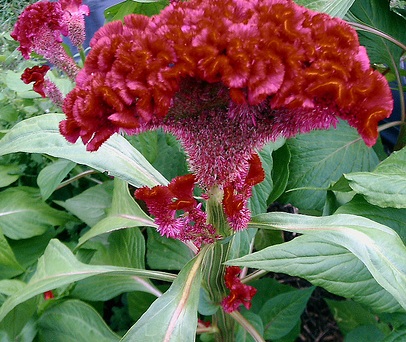 Amaranth is a heritage/ancient grain that has been part of the human diet for over 8,000 years. It is native to South and Central America and historians theorize it was first domesticated and cultivated in the Peruvian landscape. Because amaranth is only ever referred to as “amaranth” it can be easy to miss the fact that there are actually over 60 different species. Each species varies slightly in flavor and nutrient density, obviously this will also be due to terroir. Each species also, of course, has its own variation of the amaranth name, my favorite being the Amaranthus Hypochondriacus, which leaves one with the image of some chronically worrying plant; “oh no, is that blight on my right leaf?”.  Amaranth has a very interesting history. First of all, it isn’t really a grain even though it is often lumped into the grain family. It is a pseudo grain. From a taxonomy perspective, amaranth comes from the same plant order as the the beet, certain varieties of cacti, and believe it or not, carnivorous plants like the venus fly trap. It was a staple food for the Aztecs, used not only in their daily diet but also in ceremony. Historians report that for ceremonial purposes Aztecs would mix blood and honey with the grain, form them into shapes of the gods and then eat them during rituals. This practice was put to a stop when the Spanish overran their population and for a short time amaranth was an outlawed grain. 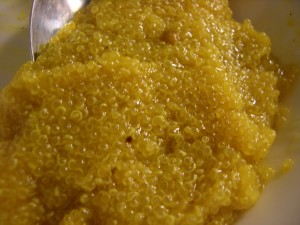 From a culinary perspective, amaranth is easy peasy to work with. It has small seeds, smaller than quinoa making it a versatile addition to a variety of foods both sweet and savory. I soaked mine then cooked it for a breakfast porridge, to which I added honey and a small amount of kefir. Super delicious. It can be added to baked goods, soups, stews, stir-fries. It can be a substitute for really any grain as an addition to a meal. Amaranth is gluten free so it doesn’t really adapt well to a baking flour if you are hoping to find a bread replacement.

From a health perspective, amaranth is highly toxic in its raw state as are quite a few nuts and grains. It should not be eaten raw and is always best if soaked first, rinsed and then used in cooking. The soaking will help break the cell wall and remove the phytates that cause such a problem for our digestive tract. Once properly prepared, amaranth is a really nutrient dense food. It contains a significant amount of protein, is lower in carbohydrate than most other grains and contains a higher healthy fat content. It also is rich in minerals, vitamins, and amino acids. It is a great source of lysine, zinc, iron, potassium and magnesium. On the phytonutrient spectrum, amaranth is packed with polyphenols and anthocyanins; which help reduce oxidative stress and system inflammation significantly. They are also beneficial in the prevention of cell mutations which can lead to cancer. The anthocyanins especially work from within the cell, fortifying the healthy activity and encouraging the mutating stuff to self destruct. How cool is that?