Blackberry jam and butter, with earthy, oaky undertones; cabernet sauvignon is one of the more popular red wine grapes in the world.

Cabernet grapes grow in vineyards around the world and one of the better known grapes.  For as popular as these grapes are in the wine industry, they are relatively new to the scene. DNA testing from UC Davis suggests that they are a hybrid that appeared in the grape world around the 17th century. One thing that makes the Cabernet grape so popular is that it is a very hearty grape. It is also a versatile grape with nuances that are dependent on the age it is harvested and the amount of time fermented.

From a culinary perspective, Cabernet is considered a bolder wine; one that pairs better with fatty, heavier meats or rich pastas.  Interestingly, to know what a cabernet how will pair depends on the region where it is grown and at what age the grapes were harvested. What a fun and complex little grape. (: 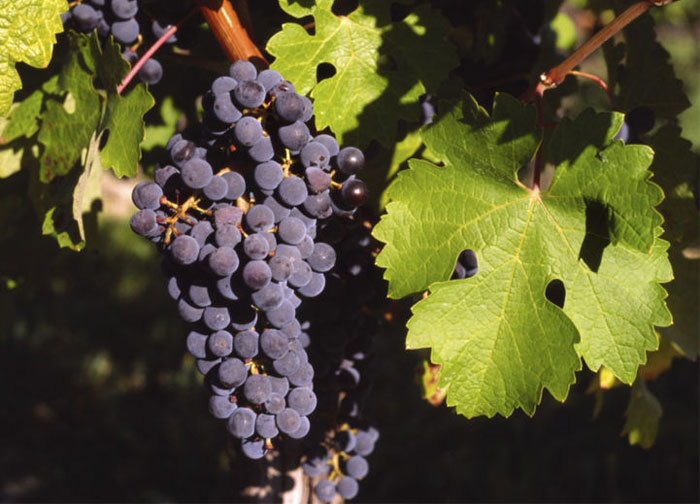 From a health perspective cabernet grapes are a rich source of antioxidants and other phytonutrients. Resveratrol is among the most popular being in the limelight of pop culture health and fitness. Research suggests that resveratrol decreases incidence and potential of cardiovascular disease as well as balancing cholesterol and reducing the formation of blood clots. Resveratrol also protects against cell damage and mental decline. The ellargic acid found in red grapes also contributes to metabolic increase and increases the body’s fat burning potential, mostly by decreasing the body’s ability to produce new fat cells and delaying the growth of fat cells already present. Of course, all this good stuff about red wine is dependent on moderation and type of wine. So, if you’re going to have a glass, make it just a glass or two tops, and make sure it is a consciously produced wine. Old world wines from France, Italy, and Spain tend to have more stringent fermentation guidelines, otherwise, I say go for the organic, or better yet the sustainable and/or biodynamic wines.