Zingy and slightly salty; baking soda, or sodium bicarbonate as it’s conventionally known, is more of a mouthfeel than an actual flavor. 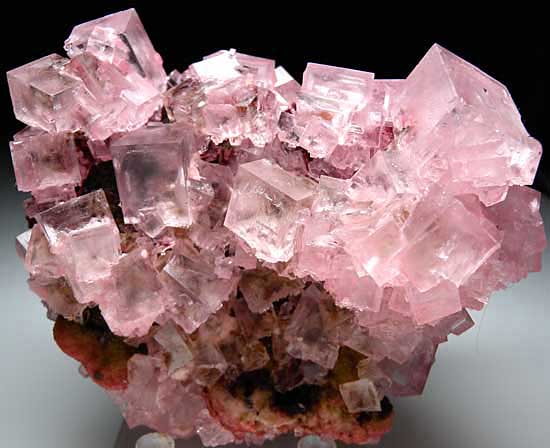 It has a slightly salty taste and a mouthfeel that is metallic. Baking soda is a mineral, or rather a component of the mineral natron. While, historically it has been derived from natural sources in its most natural state, simply crushed and powdered; it is possible to formulate baking soda from chemically processing ore in a lab. This is how the bulk of baking soda is made today. Most of the ore comes from mines in Wyoming, is then processed via heat and other chemical agents into soda ash, which is then further processed until it becomes what you use as baking soda. The process is kind of interesting if you like science projects however, it’s one that leaves me slightly dubious, so I opt for baking soda that has been minimally processed and is ‘harvested’ straight from its source as nahcolite. Baking soda has a multitude of uses, ranging from extinguishing grease fires, decreasing acid in the body, cardiopulmonary resuscitation, decreasing lactic acid, cleaning teeth, as a cleaner, and even to eliminate the itch from bug bites.

From a culinary perspective, baking soda is used as a leavening agent and also as a way to soften the grain in certain vegetables and even tenderize meat. As a leavening agent using a little bit of baking soda interacts with heat to create carbon dioxide, which introduces a fluffy quality to baked goods, pancakes, etc.  I use a touch of baking soda when making veggie/fruit based grain free pancakes, breads and cakes because it gives them a lighter quality without needing to add a flour. Word of caution, too much baking soda is detectable and changes the flavor, so just a pinch does the trick. In fact, that’s the inspiration for today’s flavor...too much baking soda in my cake!!

What’s the difference between baking soda and baking powder? Baking soda is just baking soda, it’s a pure mineral (even the lab version). Baking powder is actually a combination of baking soda, some form of acid, and cornstarch. It will create a different chemical reaction when heat is applied.

From a health perspective, while there has much emphasis on being sure to purchase aluminum free baking soda, there is really as far as I understand the research, very little danger of purchasing baking soda with aluminum in it even if it doesn’t say  “aluminum-free” (it’s actually baking powder that you want to worry about where aluminum is concerned). That being said, I do prefer to have a more naturally derived source for baking soda rather than something chemically created, which is a personal preference.

The action of baking soda is to decrease or regulate acid and increase an alkaline state. For that reason from a health perspective, it has been used as a way to eliminate overactive stomach acid and heartburn as well as acidosis. It also can be used to treat skin conditions, either topically by spot treating or soaking in the bath.  It is a great deodorant because it creates an uninhabitable environment for most bacteria and it can also be used for mouth and teeth care.

There is also some interesting research demonstrating that including baking soda as part of a therapeutic intervention for kidney disease and various cancers can be very beneficial. Apparently, the ingesting baking soda in appropriate amounts can help create a more alkaline state in the body, which can aid in balancing metabolic acid/alkaline levels without impact blood balance too drastically, and also increase the potential for eliminating tumors. This is interesting research and worth looking into further. 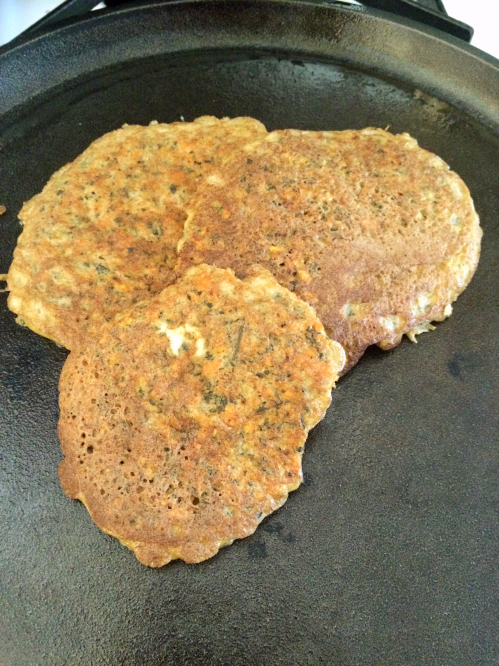 Okay so I’m going to use carrots and nettle in this particular recipe but seriously you can replace those veggies with any other veggie or fruit. I have yet to find one that doesn’t work. For example, last cakes I made had blackberries, peas, carrots...all mushed up to equal about 2 c. of base.  I’ve even been known to mix in nut butters and different seed combinations. Go crazy... (:

Process the veggies to your desired texture, I like them a little bit chunky but it works well pureed or any variation in between. Move veggies to mixing bowl, add rest of ingredients and mix well. Add baking soda last and let sit for a few minutes. It will start to get a little bubbly. Coconut oil on your griddle, drop by spoonfuls onto the heated griddle and voila you’re on your way to some delicious pancakes.