Smoky, slightly salty, with even a hint of sweet; smoked oysters have a dense, somewhat mushy mouthfeel. 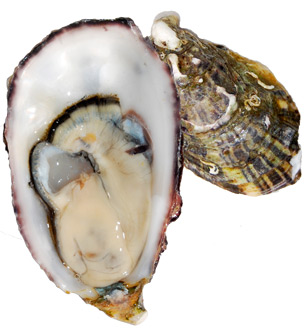 As a person who is very sensation oriented, mouthfeel often plays a bigger role in what ‘tastes’ good and what doesn’t. These smoked oysters were a challenge initially, but once I got past the way it felt to chew them, I realized they tasted really quite nice.

Oysters are an interesting topic both nutritionally and ecologically. Oysters are packed with nutritional goodness but also in some cases depending on the water they live in, they contain things that are not so good. Despite the potential health warnings, oysters are consumed around the world in such large amounts that approximately 90% of the oyster population in our oceans across the planet have been over harvested, creating serious issues. Enter the concept of oyster farming! Now, for the most part the public has been inundated with messages about the woes of fish farming...and for the most part much of it is true, however, in the world of the oyster, farming seems to be a symbiotic relationship; one that is sustainable and beneficial to all parties involved. (although, one could argue that being someone’s dinner at the end of the day may not be the most desired outcome for the oyster).  Being the complete research geek that I am, I have searched databases high and low attempting to find the most up to date and unbiased information about oysters and oyster farming and it appears that farmed oysters are indeed healthier all the way around, for you, for them, and for the planet. 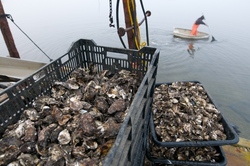 From a culinary perspective, the oyster is like many other foods in that its taste will vary depending on its environment. Although, I have yet to acquire a taste for raw oysters, I now understand how people can spend precious time perusing an oyster menu as though they were attempting to choose a fine wine... they are!  Oysters can be eaten raw, cooked, baked, grilled and in soups, stews, and sauces. They are actually quite versatile and present an interesting challenge for culinary endeavors. I will be giving the oyster more respect from here on out and attempt to discover more healthful ways to enjoy them in my diet.

From a nutritional perspective, despite the admonitions to avoid crustaceans and mollusks because they are garbage filters (pleasant thought, no??), they do offer some significant benefits to health. Oysters are high in zinc, which makes them highly beneficial for neurological functioning, cardiovascular health, immune function, and reproductive health for both men and women. The zinc level is one reason oysters are considered an aphrodisiac food. Oysters are also an impressive source of iron, calcium, copper, and selenium making them highly beneficial for metabolic function and blood and bone health. They are a good source of protein and omega 3 fatty acid; which helps decrease systemic inflammation and oxidative stress.

I feel a mojo mission coming on.... next stop? The oyster farm.