As an isolated flavor; hops is/are slightly bitter and pungent, with a little bit of a cloying earthiness. Not nearly as bad as it sounds, they are an interesting addition to food and drink. 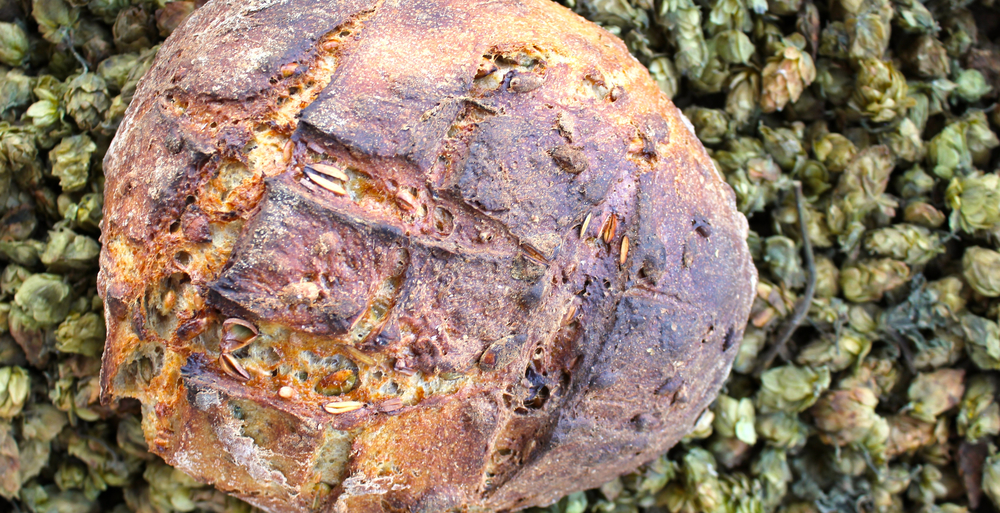 There are many varieties of the hop plant and it is the flower that is used in the culinary, medicinal, and brewing world. Traditionally, historical writings suggest that hops were used first and foremost as a medicinal intervention and then became part of a beer brewing process. Slowly hops began making its way into the culinary world and can be an engaging herb to bring into the kitchen for a little experimenting. Chefs recommend choosing the varieties higher in acid and bitter components for sweeter dishes and the subtler, more floral varieties for heartier savory. You can use them anywhere you use herbs like oregano, tarragon, or other earthy herbs like marjoram. Sprinkling them on, mixing them in, sautéing them, however you would use these other herbs, hops can go right along side. A word of caution; a little bit of hops goes a long way. 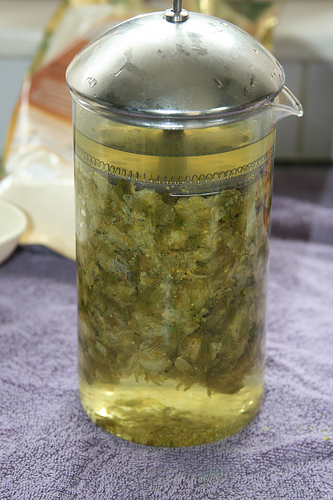 From a medicinal perspective, hops are used as a natural remedy for anxiety, restlessness and insomnia. Research has also demonstrated that hops can be a useful intervention for attention deficit disorder and restless leg syndrome. Because it is a bitter, hops is beneficial for stimulating the digestive process. Hops has antibacterial, antifungal qualities, which is one reason it is beneficial in the beer brewing process; but this also makes it an interesting candidate for cancer research. Studies are showing that hops is a beneficial addition to your dietary repertoire to help stave off various types of cancer.

Before you reach for that six pack...Sadly, the way that most beers are brewed in today's world, any benefit from the hearty hops plant that you might have gotten is long gone before it gets to your glass. Unless, you happen to encounter a small batch, brewed from the actual herb, and still fermenting in the bottle...which can be found but it takes some looking around.

Today’s flavor inspiration comes from a cup of tea, rather than a bottle of beer, which is one of the other main ways hops is consumed. It can also be put inside your pillowcase to help encourage restful sleep.

I think hops is/are a beautiful herb, reminding of little bells or rattles. It is worth perhaps finding the isolated herb and giving it a try, even in the kitchen as a culinary experiment. Another word of caution, hops as an isolated herb has a very strong smell...not the best, but once cooked, calms down into an earthy, almost tangy aroma.