Chewy and nutty with the slightest hint of bitter; emmer is fun to chew when prepared as the whole grain. 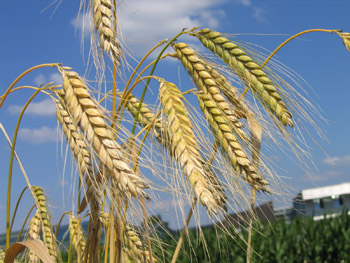 Emmer, or triticum dicoccum as it’s known in the plant world, is a type of wheat. Specifically, it is one of the original wheat strains and is considered an ancient or heritage grain. Einkorn, Spelt, and Emmer make up the three strains of our most ancient domesticated wheat. Sometimes emmer is referred to as farro, especially in Italy where all three heritage grains fall under the heading of “farro”.

Emmer is one of the first domesticated crops in the history of man. Wild strains similar to the original grains can still be found in the areas considered the Fertile Crescent from Iran to Israel. Fascinatingly, its inclusion in our diet seems to go back as far as 17,000 years. Grains were found in sites excavated in various locations across the area known as Turkey. Sort of boggles the mind that a grain that is currently so vilified has been part of the human diet for such a long time. 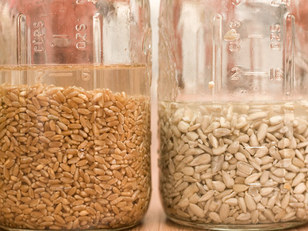 So what gives? Why all the sudden the issue with wheat in the human diet? Is it just a trend? Is there really an issue with wheat? Many scholars suggest that it is because very little, if any, of what we consume as wheat today is actually from these ancient grains.  We have, unfortunately, hybridized the wheat to the extent that the current domestic grains no longer resemble the molecular structure of the historical grains.

From a culinary perspective, the best way to eat emmer wheat is as the whole grain, which requires soaking overnight before cooking. The soaking helps break up the hull and neutralize the phytic acid that would normally make the nutrients in the grain less available or in some cases altogether unavailable.  Studies suggest that even if you are making flour from the grain soaking it first then drying and grinding is the most effective way to maintain the viability of nutrients. Once soaked, the grains can be rinsed and the cooked much like rice, or they can be dried and ground into a flour to be used as any flour. I like to eat emmer wheat upon occasion as a breakfast cereal, especially in winter, or as a warm side to a savory dinner. They can also be added to soups and stews, just remember if you have purchased the kind that still contains hulls (which I recommend) you need to soak them first even if adding them to a soup or stew. 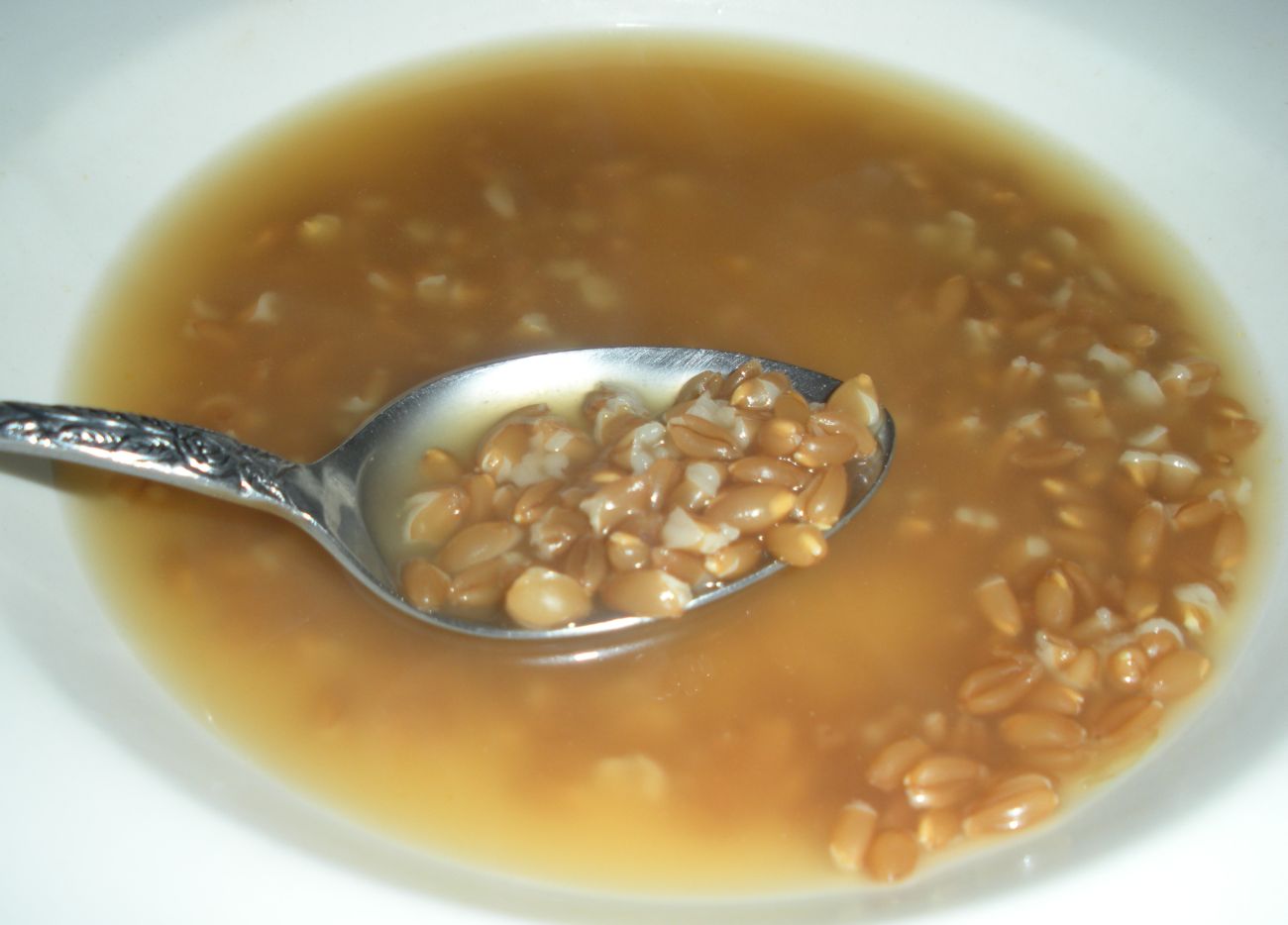 From a health perspective, first of all, it is important to eat the whole grain whenever possible. Research suggests that emmer wheat has a nutritional value very close to that of oats. It is high in protein, high in fiber (if the whole grain is used) and high in vitamins and minerals. It contains a specific carbohydrate known to boost immune function and contribute to balanced blood flow, contributing to appropriate clotting and tissue repair for wounds. Emmer is also a significant source of calcium, copper, lithium, magnesium, phosphorus, potassium, selenium, sulfur and zinc, whew! ...more so than new breed wheat. Believe it or not, emmer grains are high in phenols and other phytonutrients that help decrease systemic inflammation and oxidative stress. Emmer grains contain other phenols and catechins, including also gallic acid, which is the same compound found in foods like blueberries and green tea, notable in the way it helps protect the liver and provides protection against carcinogenic influence of free radicals.

So, in the midst of all this good stuff, why all the outcry about the evils of wheat?  First of all, I want to be very clear to acknowledge that Celiac Disease is no joke and if someone is genuinely suffering from CD then they will want to avoid any kind of gluten containing foods at all costs. 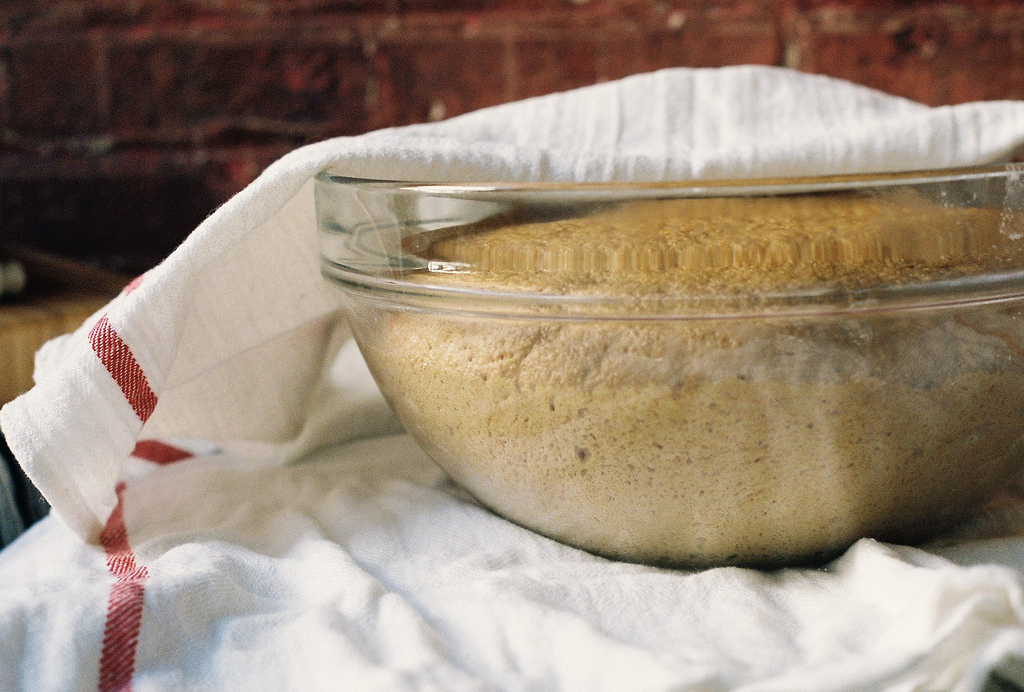 That being said, many people are jumping on the gluten free bandwagon and shunning wheat because of digestive distress that may not really be due to gluten at all. Researchers are suggesting there may, in fact, be several factors that are putting people off the wheat and distress could be related to one or all depending on your body type and the type of wheat.

First, there are the new strains with slightly increased molecular structure. It has been suggested that these new strains are significantly altered with a decrease in nutrients and an increase in the stuff that creates disturbance. To a small degree this is true, however don’t be fooled into thinking this is the entirety of the issue. Wheat over the past 100 years has indeed been hybridized for higher yield and weather resistance and it does also contain a slightly higher prolamine count per grain head. What are prolamines? Those are the things that people with Celiac Disease are really allergic to. Prolamines contain a combination of gluten proteins, gliadin, cysteine and other interesting stuff. It may be that some bellies are more sensitive to the higher prolamine content and therefore have less tolerance for newer strains of wheat. It has also been suggested by research that the higher gliadin actually acts as an irritant among other things (including an appetite stimulant!) and that it contributes potentially more than the gluten to gastrointestinal distress. 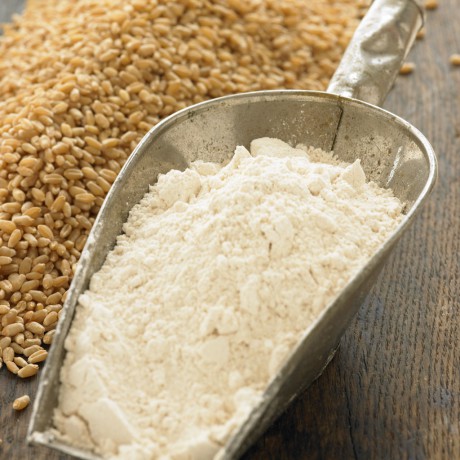 One other often ignored factor but supported by several studies is that it is not necessarily the wheat that is the issue, whether new or ancient strain, rather it is the processing.  Grains contain phytic acid, they always have. It is their way of protecting themselves from the predators of the world (us included). Modern day processors are not going through the trouble to soak grains before grinding, they simply get the grain, process it and then turn it into a manufactured product of some type. Some studies indicate that even though the final product has been smashed and processed beyond recognition it still contains the phytic acid (remember that cooking emmer grains without soaking them didn’t actually allow them to cook no matter how long they were left on the stove). The phytic acid acts as an irritant and decreases the potential to assimilate any potential nutrients. 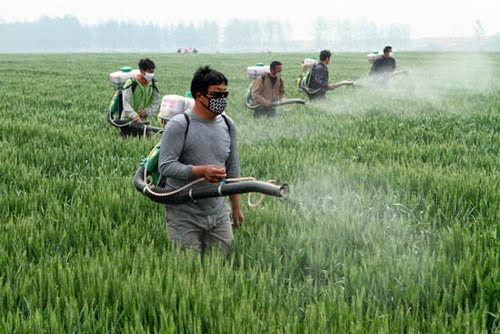 Even another theory, also supported by various studies is that it is the pesticides and herbicides used while growing and transporting that people are really reacting to. Pesticides like Melathion, which is a neurotoxin, hormone disruptor, and carcinogen. Melathion has been found in approximately 50% of the conventional, domestic wheat flour making its way to the consumer. Remember that as a neurotoxin this means disruption of the gastrointestinal tract since the gut contains a high amount of neural tissue.

All of these reasons and more are why I caution people against simply jumping on the gluten-free bandwagon. To do so, without further investigation, simply turns a blind eye to the way our food is being manipulated, processed, and degraded. Rather it would be much more in the interest of the public good and our overall health to take a stand against these detrimental processes and recover our essential right to unadulterated and healthful food.... only sayin.

Get the Nitty Gritty