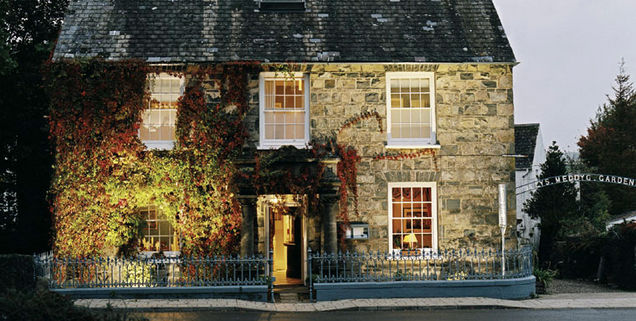 Tweet
There’s always a huge sense of anticipation when I cross the Severn Bridge. I see it as a portal to the ancient and wonderful land of my birth; Wales. This time the portal would let us through to the stunning seaside haven of Newport in Pembrokeshire. Destination: a magical ‘restaurant with rooms’ called Llys Meddyg; the Doctor’s Place in English.

Llys Meddyg isn’t short of critical acclaim and recognition but although Stephanie and I have stayed there a few times we’ve never blogged on our visits. Time to put that right. The first, and obvious, thing to say about Llys Meddyg is the difficulty in pronouncing its name for those with little or no knowledge of the Welsh language. In Welsh ‘Ll’ is a letter, which has a sound all of its own…sometimes unkindly likened to the sound of phlegm clearing! Perhaps the closest most visitors get to it is “Lease Methick” but many do a lot better when they hear it for themselves and try a little. Right, that’s got that out of the way.

The second thing to emphasise is how much we at BohemianMojo admire the philosophy and aspirations of the owners of Llys Meddyg, Ed and Lou Sykes. Sustainable, farm to table, locally sourced, fresh and seasonal are all terms in danger of being consigned to the status of cliché. Not if Ed and Lou can help it. Underpinning those convictions and practices is their deep sense of community and family.

Ed and Lou (together with the ever-present influence of Ed’s mother Cece) didn’t just grab these ideals randomly out of the ether. To understand where they draw their inspiration you don’t have to look far. The influences are all around them in the unique, some might say fey, landscape and seascape in which they live.

Newport, Pembrokeshire, lies at a point where the Preseli Mountains seem to tumble headlong into the sea. The River Nevern cuts its way through a corner of the hills and around the curve of the coast to form an estuary where the little fishing harbor was founded back in the mists of time. The backdrop to the hotel is the triumphant tor of Carningli - the Mountain of Angels. Chambered tombs, round barrows and hill forts from the Neolithic, the Bronze Age and Iron Age are broadcast all over the area by the unseen, giant hand of history.

The Preseli Mountains themselves are a place of myth, mist and magical serenity. It was here, five thousand years ago, that men and women with a unique vision and destiny quarried the iconic Bluestones for Stonehenge. Then, somehow, with superhuman resolve they shipped them by raft up the channel to Bristol and from there up the River Avon to within thirty miles of the sacred site. Driven by faith they dragged them overland the rest of the way. 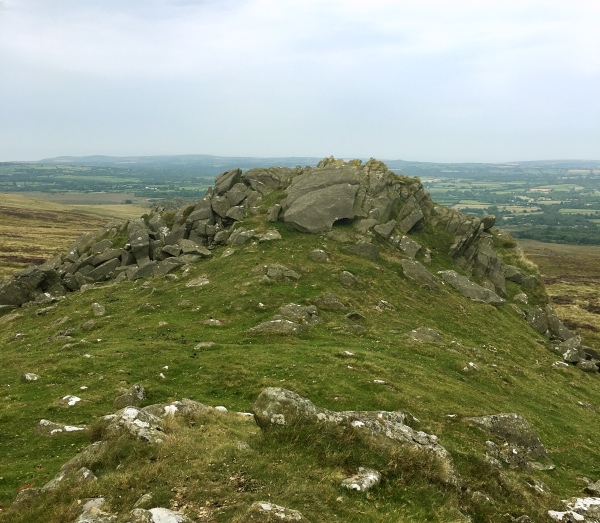 One of those prehistoric quarries is at Carn Menyn where tors and rocky crags emerge from the landscape like the primeval scales of mythical beasts. Stephanie likened them to the ‘backs of dragons crouching, hiding, in a sea of heather.’  Yes, a flight of fancy perhaps but I’ve read the accounts of level headed, 21st Century archaeologists who speak of being beguiled and feeling sanctified on first venturing into Preseli. The coast nearby has been a landing place for ancient navigators on passage, back and forth, across the Irish Sea for millennia. Witness to that is an ancient track called the Golden Road, which snakes across Preseli. It was along this path that traders took stunning golden artifacts, crafted by goldsmiths in prehistoric Ireland, up-country to the priests and kings of Stonehenge.

So you can imagine, this is seriously magical country, and these days no less so as the coast hosts another, modern trail, the Pembrokeshire Coast Path, voted the Second Best Walk on the planet by no less than National Geographic magazine. It’s a journey with dizzying cliffs, plummeting sea birds and a palpable sense of history.  Oh, I nearly forgot the fairytale valley of the River Gwaun, held sacred by the Celts for its source amongst the Bluestones. It flows nearby the valley has an ethereal quality and for the thirsty traveller a pub known as Bessie’s, the Dyffryn Arms, where you’re served at a hatch in the kitchen.

The whole area abounds with too many vistas to list, history, culture and an alluring sense of timelessness. That’s the environment that we believe goes a long way to explaining the ethos of Llys Meddyg.  Inspired by land and sea Ed and Lou have melded their own passion into the mix. Ed forages the hills and wooded valleys to gather herbs, fungi and hedgerow fruits for the kitchen. And why wouldn’t he want to get into his little boat to collect crabs and lobsters from his pots; especially when they’re set below soaring headlands where guillemots and peregrine falcons make their homes. (He took us with him on one unforgettable summer evening and we still sigh at the memory.)

Ed also has a passion for smoking food and he produces his own, chemical-free, smoked salmon and haddock that are a homage to the days when smoking was an important, natural way of treating and preserving food. Both taste wonderful. 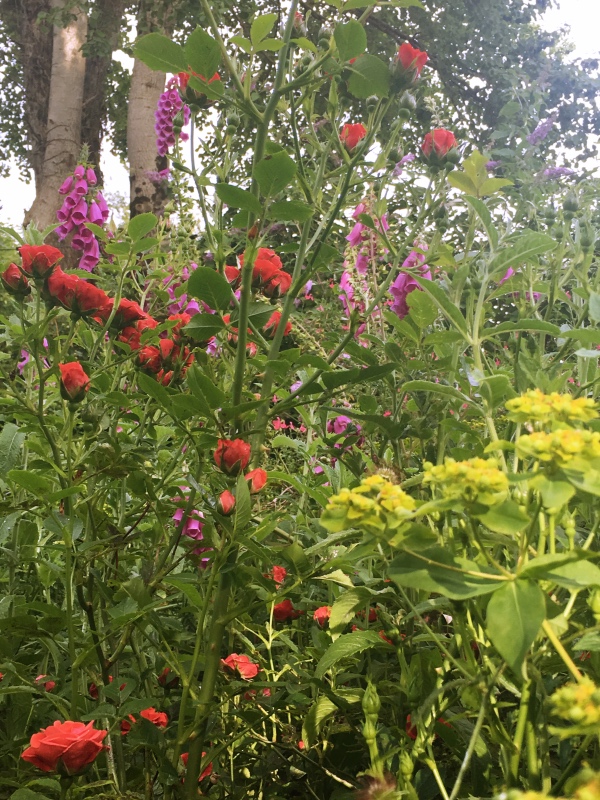 As an example of the Llys Meddyg way, Stephanie and I were sitting in the hotel garden one day when Lou came along, reached into the flowerbeds and picked blackcurrant sage and marigold flowers for us to taste. It was a lovely moment, which somehow distilled the essence of what Llys Meddyg is all about. Twenty minutes later the chef came by and showed us the lovage, borage and chive flowers he’d picked for his recipes. He had some marigold too. It demonstrated for us the genuine feel for what they do that shines out at Llys Meddyg.

To share these skills and values Llys Meddyg put on a selection of courses, some a day long, others more extended. They cover foraging, butchery, smoking and curing and also shooting and fishing. Best of all you get to eat what you produce and if there’s anything more sustainable and community based than that I’d like to know what it is.

From the point of view of accommodation the rooms are great; comfortable and well appointed bringing a modern touch to an older, period building. The food is superb and I’m still salivating over the best-cooked portion of belly pork I’ve eaten. Ever.

At Bohemianmojo we rate the Pembrokeshire coastline as about the best in the UK; even against stiff competition from Cornwall and the West of Scotland. But the area around the magical Preseli Mountains has got to be one our favourite places anywhere at all.  And we can’t think of anywhere better to stay in that wonderful area than Llys Meddyg. ‘The Doctor’s Place’ – has always been a centre of healing and community. That tradition continues to this day, albeit in a different way, so if you really want to get in touch with yourself, and the land we all live off, then the we believe the range of courses at Llys Meddyg are the place to begin.