Tangy, sweet, sour, crunchy, and smooth; the first bite of a home pickled Vidalia onion is a flavor adventure.

So there’s a couple things going on with the conversation on Vidalia Onions. First of all, the Vidalia onion is one of a very small handful of foods that are the equivelent of a protected status. Vidalia onions are a specific variety of onion grown in particular counties in the state of Georgia (U.S.).  They are relatively new to the onion world, being an accidental hybrid that occurred in the depression era and then, according to historical data, began to make a name for itself, until finally it has now become the Georgia state vegetable and its name is legally protected and references only a 20 county region in the south. What's the big deal about vidalia onions?

Well most of all, they are sweet. This gives them a particularly interesting influence in a variety of dishes. They don’t have the ‘heat’ or pungent quality that other onions have because they are lower in pyruvic acid. While Vidalia onions aren’t the only sweet onion on the market, it is one of the only ones to have its own counsel. The U.S. doesn't really have protected status for foods, so in order to get the dibs on the Vidalia, it had to be trademarked. Then it had to be approved by the U.S. Secretary of Agriculture and the growing region had to be recognized by the United States Code of Federal Regulations. 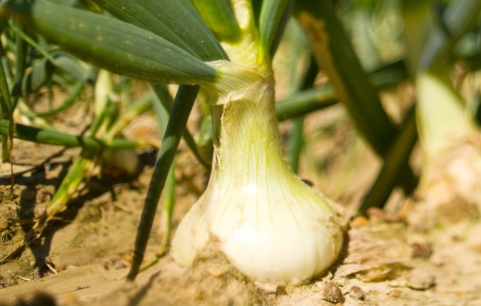 All of that created the "Vidalia Onion Act of 1986" and is monitored by the Vidalia Onion Committee. Whew...   Why does any of this matter to FoodFight? Because we think it could be a good idea for more 'real' foods to have protected status in the U.S. Wouldn't it be fantastic to have a way to fight back against Monsanto's overtake of the agriculture world, with some real food and real food rights?

Other interesting facts about the Vidalia? They are harvested by hand due to their sensitive nature. They have their own mascot (yep...his name is Yumion). They have a counsel that decides each year when they can be shipped and available for sale; any shipments that would like to go out earlier than the designated date must undergo an intensive quality inspection to insure they are up to snuff. 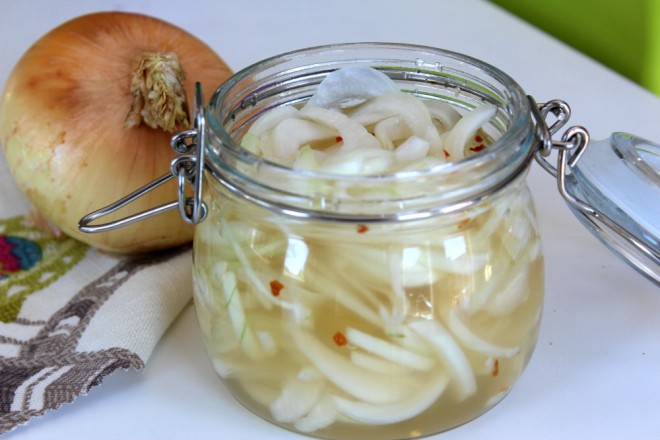 From a culinary perspective, because they are sweet they make an interesting addition to many culinary endeavors but they are really best (in my opinion) when eaten as close to whole as possible. For example, they make great onion rings whether fried, pickled, or just plain raw.  The added little flavor punch to the onions I was eating came from quickly “pickling” them. Slice them into rings and let them sit for several hours (or even a day or two) in a mixture of vinegar and water with a touch of sugar (or honey). They are fresh tasting, crisp and deliciously sweet and sour and you can still taste the influence of the onion.
From a health perspective, Vidalia onions are an onion so they possess many of the same qualities that their allium counterparts possess. There is an interesting correlating statistic that in the counties where Vidalia onions are grown there is about half the incidence of stomach cancer. It could be all that sweet onion eating. Other research demonstrates that consuming onions can also boost immune function especially for things like cold and flu. Sweet onions have a few less antioxidants and powerhouse nutrients that their sulfuric counterparts have but they still have plenty of health benefits that make them worth including in your dietary repertoire.

Mix honey in warm water to dissolve, add balsamic vinegar. Add onions making sure they are fully immersed in the liquid. Let sit for several hours and enjoy.