Yeeha! Round-up! Visions of lean, tanned cowboys cutting through the dust, driving a herd of steers to the rail-head are conjured by the word. Maybe that was the clean-cut image the marketing team working for Monsanto were hoping to achieve when they called their potent weed-killer Roundup.

Well, if they did, it worked because Roundup has become the world’s most widely used herbicide. It’s a globally recognised name and the foundation brand underpinning the biotech empire’s $16 billion worth of annual sales. 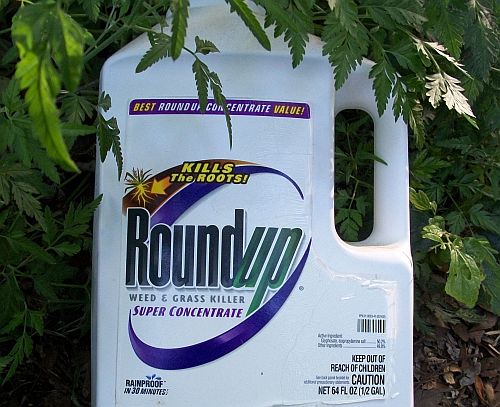 It’s a great corporate success story but hold on a second because Roundup contains the compound glyphosate and that’s proving to be a huge problem for Monsanto and its well-oiled PR machine.

Here’s the thing about glyphosate - it’s been declared a cancer-causing agent by no less than the World Health Organisation. The State of California thinks so too and opened a public consultation on their intention to list glyphosate as a carcinogen.

Other studies have linked it not just to cancer but conditions ranging from celiac disease and Alzheimers through autism and colitis. A growing bod A study in the Argentine has linked glyphosate to the alarming decline in bee populations around the globe.

And in New York one environmental group is suing the US Environmental Protection Agency for negligently allowing glyphosate to allegedly destroy monarch butterfly populations. Smart US lawyers are also bringing class actions against Monsanto on behalf of farm workers whose health, they say, has been ruined through working with the chemical. 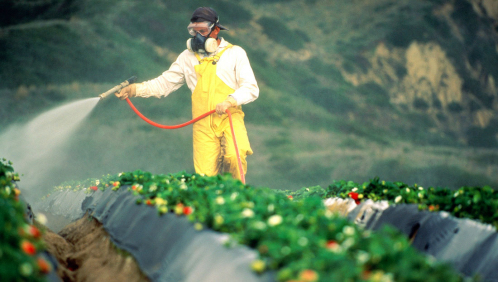 It’s not agriculture that many, smaller pressure groups are targeting. Instead they’ve declared war on its casual use by municipalities in Europe and the USA who ‘brown patch’ parks and verges with the stuff. Holland, Denmark and Sweden have banned or restricted its use by cities.

In the London borough of Hackney no less a fashion icon than designer Katharine Hamnett led protests against it being sloshed over weeds in the historic park at London Fields. In New Zealand too the Greens are aiming to have town and city councils to end the use of glyphosate.

The biotech companies, including Monsanto, had been put on the back foot by this groundswell against their top brand. And then it got worse with laboratory reports glyphosate is a genotoxin capable of mutating DNA in the food chain; including our own.

The chemical is the cornerstone of GM crop production where it’s used to create seeds that will not succumb to its powerful organophosphate killing power. Oddly in the USA it has to have Federal licencing to be used in the development of these ‘partner ‘ seeds but of course the food they produce doesn’t have to be labelled either GM or, indeed, glyphosate compatible.

It’s here, in the food chain, that scientists are reporting it remains present in cereals and goes through into the baking of bread rendered potentially genotoxic. 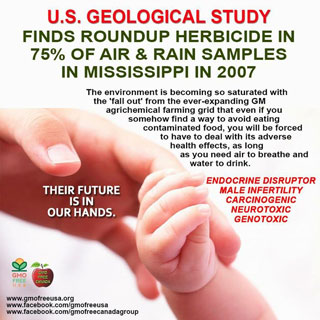 That’s the view of the UK’s organic standards institution, the Soil Association, who quote shocking figures provided by the British government’s own Department for Agriculture and Rural Affairs.

It’s hard reading but the facts are that the use of glyphosates on UK farmland has increased 400% in the last twenty years. And according to that Department’s own pesticide residues tracking agency some 30% of bread baked in the UK contains traces of glyphosate.

So assurances from the biotech giants glyphosate does its stuff then quickly breaks down into elements and magically blends back into the environment seem wildly off the mark. There are no safe levels according to the Soil Association and it appears we may be victims of an unquantifiable assault on our DNA.

On the Food Fight column we ask again how these agricultural mega-businesses are allowed such free reign in our fields? How does the huge increase in the use of herbicides like Roundup square with food waste levels of 40%?

Our food chain is supposed to be regulated by a free market but its increasingly clear that the food chain is being held ransom by corporations who make millions from ever more intensive farming while giving themselves an additional ‘sell by’ profit cushion of about 40% in food that’s thrown into the bin.

Time for the last round up. Time these largely anonymous Big Ag executives were roped from behind their corporate desks and made to justify these obscene excesses to increasingly exasperated and worried consumers.