Tweet
If you live in the U.S. and have traveled the west coast, Highway 5 to be exact, chances are you’ve passed the miles long feeding operation that is so dank and disgusting, with cows basically standing on top of each other for miles, in mud, feces, rotting food, and who knows what else. 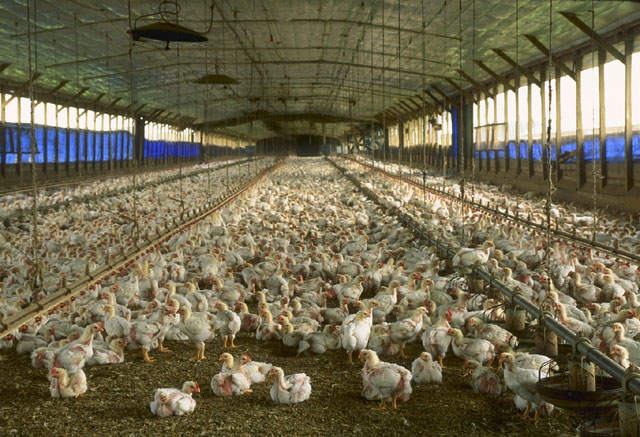 This is an example of a Concentrated Animal Feeding Operation (CAFO). If you don't live in the U.S. and have no idea what I'm referring to, read carefully...if TTIP goes through, this is what you could be looking forward to in your local community.

I’ve often wondered how any reasonable human can look at those operations and think there is even the tiniest part of the process that is acceptable and sustainable.

All emotion aside, what exactly is a CAFO? According to the U.S. government, to be classified as a CAFO one must first be classified as an AFO. An AFO is “a large feeding lot where animals are confined for 45 days or more per year and forage or vegetation” is basically not available to them. Adding the ‘C’ to the AFO gives you a CAFO; which basically refers to the number of animals and the fact that the waste material “comes in contact with the water supply”. I’m not sure which part of any of that sounds like a good idea.

Sadly, the discussion concerning CAFO’s has been so manipulated that it actually sounds like quite a cheery prospect. Take for example the following opening paragraph in a document produced by the CDC and the National Association of Local Boards of Health; this document was produced to help communities prepare for the impact that CAFO’s would have on their local environment, encouraging them to be forward thinking and prepared for welcoming with open arms these devastating operations. 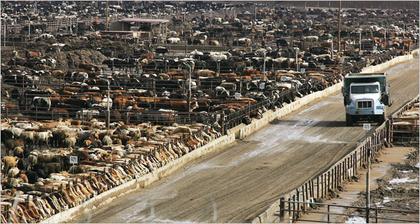 Opening Paragraph: “Livestock farming has undergone a significant transformation in the past few decades. Production has shifted from smaller, family-owned farms to large farms that often have corporate contracts. Most meat and dairy products now are produced on large farms with single species buildings or open-air pens (MacDonald & McBride, 2009). Modern farms have also become much more efficient. Since 1960, milk production has doubled, meat production has tripled, and egg production has quadrupled (Pew Commission on Industrial Animal Farm Production, 2009). Improvements to animal breeding, mechanical innovations, and the introduction of specially formulated feeds and animal pharmaceuticals have all increased the efficiency and productivity of animal agriculture. It also takes much less time to raise a fully grown animal. For example, in 1920, a chicken took approximately 16 weeks to reach 2.2 lbs., whereas now they can reach 5 lbs. in 7 weeks (Pew, 2009). New technologies have allowed farmers to reduce costs, which mean bigger profits on less land and capital. The current agricultural system rewards larger farms with lower costs, which results in greater profit and more incentive to increase farm size.”

Note the optimistic twist to the fact that CAFO’s basically have animals standing on top of each other, in each others waste, which requires pharmaceuticals to keep them from becoming diseased. Then it continues to go on to praise the hybridization of animals like the chickens that now mature weeks earlier, with double the breast size while their legs are too weak and small to support their body weight. They spend their lives in CAFO, resting on the ground, developing sores similar to bed sores because they can’t shift their weight to keep from resting on the ground. Thank goodness they only have less than half the life cycle they should have.

The point of the CDC/NALBOH document is to help local health boards prepare for the impact of CAFO’s on their local environment; things like polluted water from the waste runoff, decreased air quality, how to deal with pathogens introduced from the over crowding and even how it might effect local property values. You may have noticed by now that the main focus of the document and any other supportive discussion about CAFO’s is typically focused on commerce and quantity; in other words, what’s the bottom line. It basically comes down to how much money can be made at the expense of your community, the animal’s well-being, and the environment. Worse yet, the corporations that own the CAFO’s that have moved and are continuing to move into your communities, do not live anywhere near them. In fact, in most cases, they are simply numbers on a ledger; along with a group of other numbers around the country. 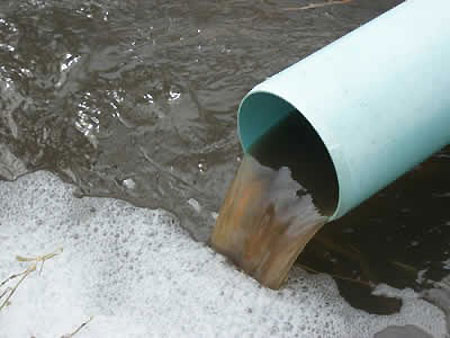 Here are just a few of the things that CAFO’s release into your local environment: 1) antibiotics: the antibiotics the animals are given because they are living on top of each other, are then released into the ground and groundwater in the animal’s urine. As of yet, water treatment plants do not deal with things like pharmaceuticals in the water. Pathogens may be filtered out but hormones and antibiotics are not. 2) Research suggests that asthma and other breathing disorders occur in higher numbers in areas that have CAFO’s. This is due to the increase of things like ammonia, methane, and hydrogen into the air and ground water. 3) Parasites, bacteria, E. Coli, Tetanus, and even anthrax are common visitors in the CAFO ground water and animal feces ridden landscape. If you take a moment to look through the CDC document, you will see that all of these things are just accepted parts of CAFO’s in your local community, and rather than saying “no thank you” the organizations sponsoring are asking you to say “yes, please” and just deal with the consequences.

The truth is no matter how you cut it, there is no good reason to have CAFO’s in your community. CAFO’s are, in fact, an abomination. Don’t take my word for it, read the supporting document, that’s meant to encourage you to say ‘yes’. The financial ‘reward’ won’t go to you or your local economy, yet you will suffer the consequences. the environmental impact will be added to the list of things that require taxation, (a list that’s already too long), not to mention will impact your local healthcare system, and there is always looming in the story, the marked suffering of animals in this predicament...and trust me, they do indeed suffer.

We vote with our dollars, I encourage you to purchase small farm, pasture raised meats, eggs, and other animal products. This will come back to you and your community in so many supportive ways that you can’t even yet imagine.